We had a look, we had a design, and we even had a working prototype to help us wrap our heads around what was to come.  However, we didn’t have a vehicle to go with the scenery.  Our development art team went to work and created a bunch of concepts.  The one we liked in the end looked like this: 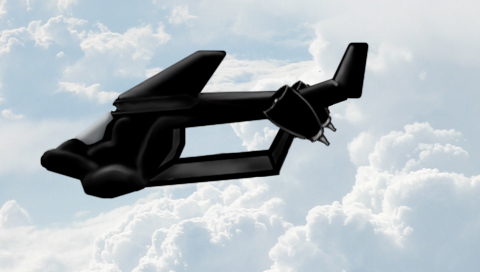 Who wouldn’t want to drive this thing to work?

So, now we had a vehicle, some crazy death ideas, a game design and a production team ready to create some serious mayhem.  Key to the fun factor of the game was how to get levels built and put into the game engine without having to write a bunch of custom tools.  Custom tools are nice, but using engineering resources to make them means that you either have to boost your budget or sacrifice other cool features that those programmers could have spent their time coding.  We opted to use a modified version of “Tile Studio.”  Copies of this can be found here: http://sourceforge.net/projects/tilestudio/.  Straight-forward as this tool is, it covered our needs and learning to use it didn’t require too much time up front.  It served us well.  Its output looks like this… not super WYSIWYG, but really easy to use and quick when corrections need to be made. 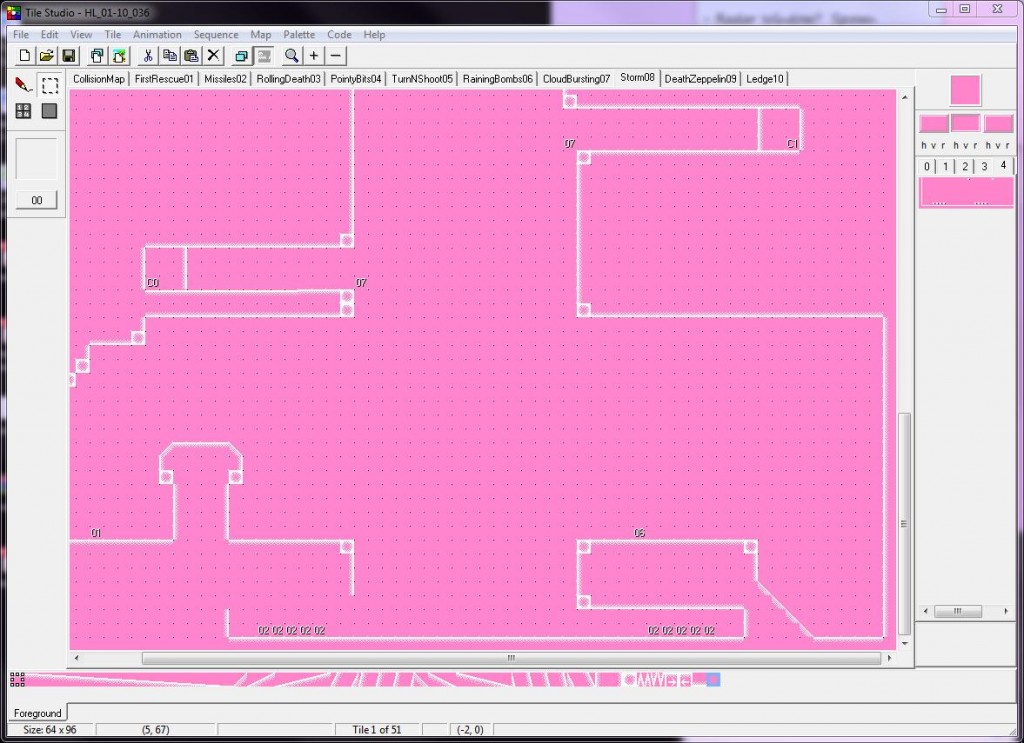 All I did was sit down and start creating levels based on the outline documentation from the Game Design and after a mere 1,000 hours of wrestling, tweaking, swearing and asking advice of colleagues like Allen Widner and Bob Goad, a level set of 30 death traps was created.  Some level gags grew naturally out of the design of the game elements, while some just came from the process of saying, “What happens if we do this?” The levels named “Catch Me” and “Rock N’ Feather” are good examples of that.  Soon, the EBSM (Evil Blue Stick Minions) could menace and murder stick men in more ways than we imagined at the outset of the project.

As the level creation jammed along, we honed the animations for maximum efficiency and funny factor.  A lot of time was spent making sure that everything a stick man did looked funny and conveyed a lot of expression (well, as much as a stick man can).  In the end, every moment of gameplay was scrutinized, tweaked and re-tweaked until it made people laugh, even if they felt guilty while doing so. Of course, it wasn’t always smooth sailing. I’ll go into the gory details next week.